Season ends on a high for Katie

In February, I had my first training camp with my new all ladies team. This was a great laugh getting to know some of the girls better and made me very excited for the racing season ahead. On this weekend we also had a very first race of the year. As juniors, we were in with the A3 men and after all the hype this didn’t go to plan. Unfortunately for me I had a mechanical problem which meant that I couldn’t use half of my gears the whole day. We only discovered this minutes before the start and there was no time to fix it. But even in the cold, wet, and windy conditions I carried on and came away with 3rd Junior Girl. 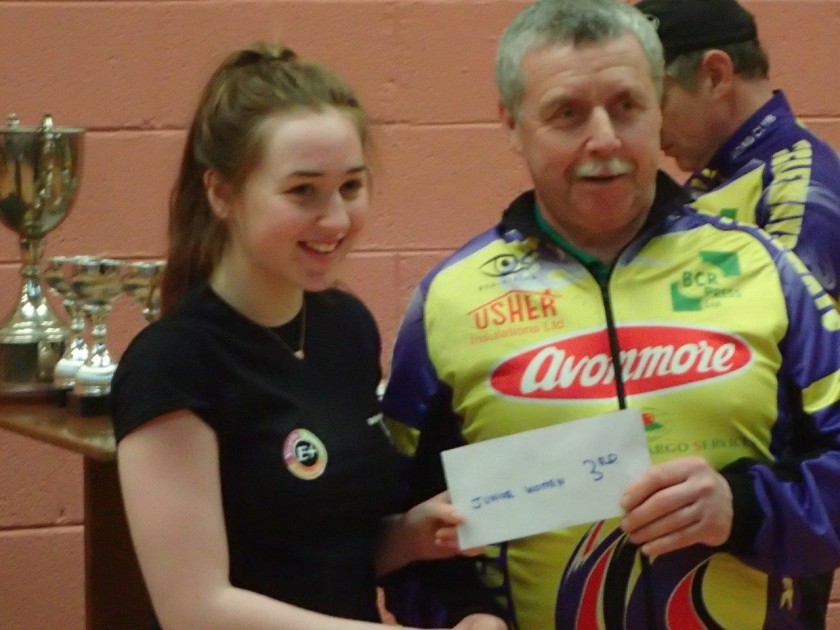 The next weekend I raced again. This race went a lot better and it was my first women only race. Even though I didn’t place I was happy with how I raced and there was always next time. However shortly after this race all 3 Juniors on the team got the news that we would be very lucky and get to travel to Belgium on the 24th March to guest ride there with a Belgium team - Cannibal Racing, on the Sunday 26th March at the Gent Weveglem. I was so excited for this, I couldn’t wait. I’d never been to Belgium before and getting to race in this race was huge. It was a massive day with the youth races in the morning along with the professional women, the junior girls race that had 180 riders from all over the world around late lunch and the professional men in the afternoon. We were quite annoyed that the men’s race was held in a different place though, because we thought we would get to watch it but our race ran over the start of theirs. 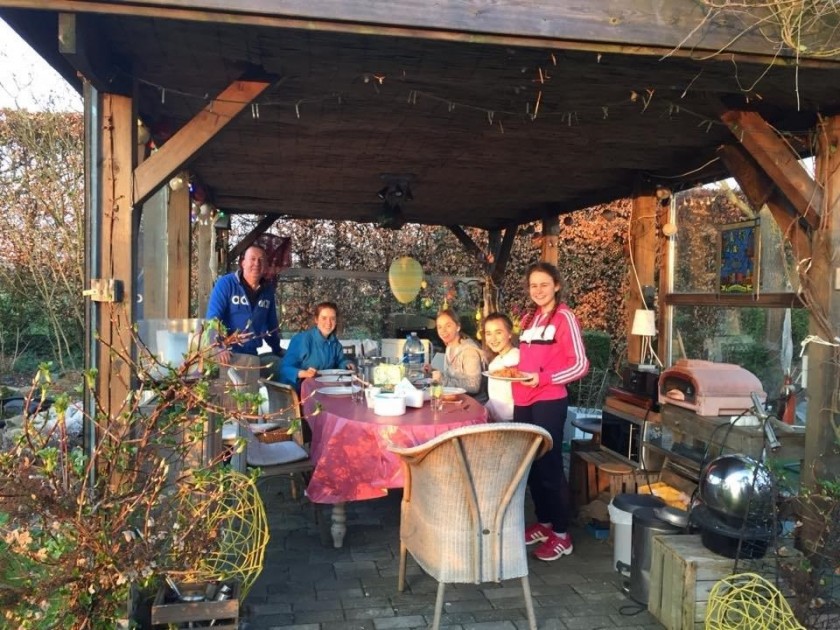 Anyway, we arrived in Dublin airport on Friday morning and set off for Brussels. We stayed in a little cottage literally in the middle of a field but it was such a nice place. It had lots of quirks and we all had a blast exploring the place. It was so sunny and was probably the first experience we have all had with some sort of sun, heat and no clouds or rain for 4 days straight in a long time. On the Friday, we went exploring and got some food to make our dinners and lunches. Saturday, we went for an easy spin around the towns in search of cobbles because there was about 2km of cobbles in the race and none of us had ever ridden them before. Let me tell you they were so sore, the number of blisters and blood blisters I came home with on my hands was unbelievable. But anyway, after our spin we met our team mates and had an early night because it was an early start and a big day ahead. Sunday was race day and the excitement and the nerves were obvious but we slept them off on the way there in the car and then we were ready for action.

The race was jam packed, I’ve never raced with that many girls in 1 race. We signed in, rode the course and then it was time to warm up and focus. We signed on again on the stage as a team and took our places at the line. We all seemed to be lucky and get quite near the front. We were on the line for about 15 minutes before the race started which meant our legs were just getting cold the whole time. The race started and finished on the cobbles which was rough. It went from 0 to 28mph in about 5 secs of the race starting. The speed is very, very fast and nothing back home could prepare you for that without the proper training. It was all going very well until there was a massive crash right in the top middle of the bunch. Because the course was very flat and so exposed, as they usually are in the Flanders, it split the whole race. Once you dropped back 100m it was all over really. The only way I can describe it is, if you’ve ever raced at Kirkistown race course and let go of the person’s wheel just a bit you’ve no chance of getting back on. Anyway, we all carried on a little disappointed but really enjoyed the experience and will hopefully be back out over summer to get lots more races in. None of us wanted to leave on the Monday morning and it was sad to say goodbye to the place, but we all had such a ball and for me it was one of the best trips away I’ve had. 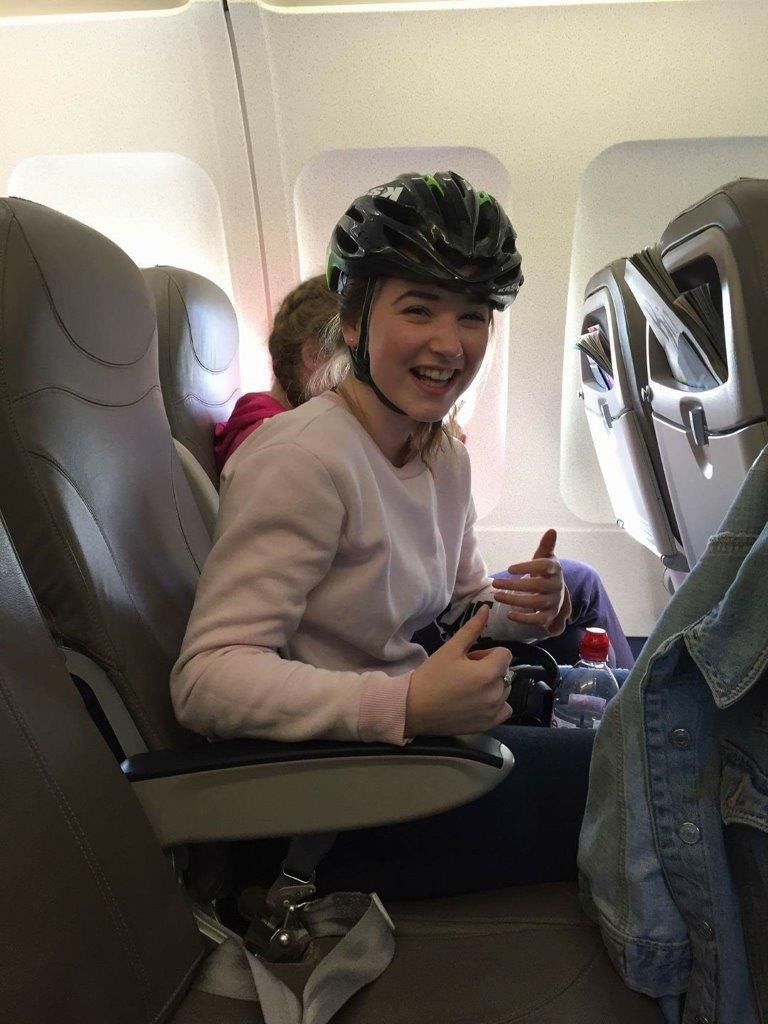 Next thing for me now is my AS levels which start on the 5th May and end 6th June. I can’t wait until they’re over. The sooner the better. After that its some hard training in June and lots of racing over summer. 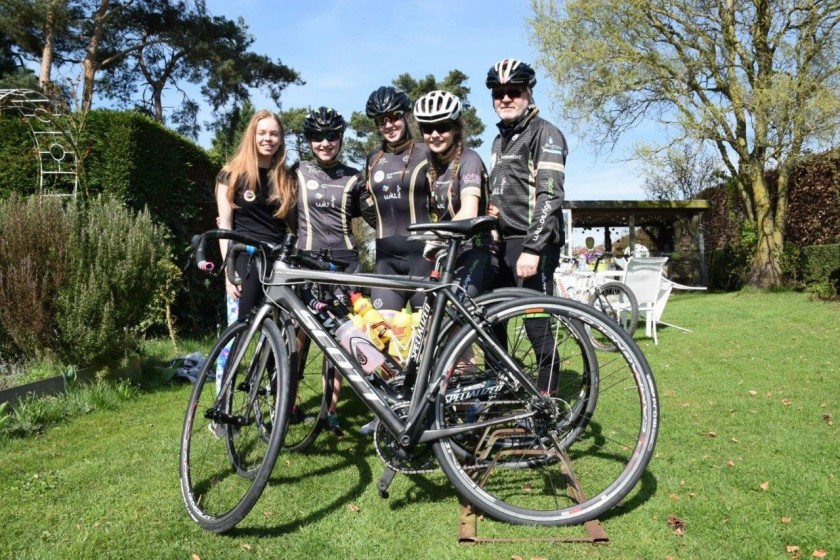